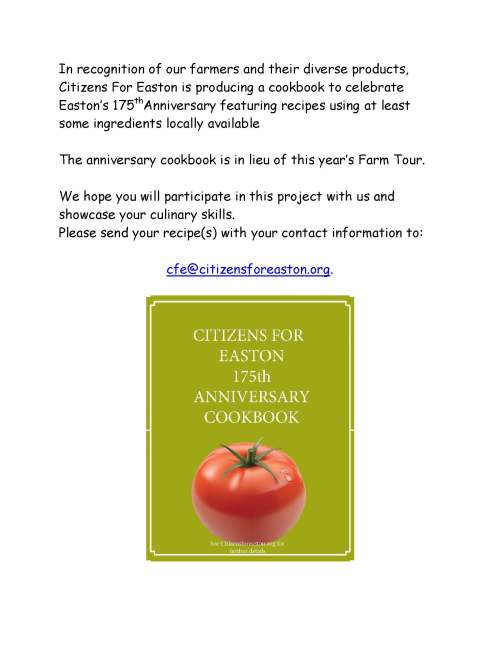 Citizens for Easton’s Vice-President William Kupinse and Lucas  Carreno – Co-owner of J&L Orchids were interviewed on the award-winning ‘For the People’, produced by John Voket!

Thank you John and all participating radio stations for the feature/mention!

Make sure to mark your calendars for the CFE Farm Tour Aug 10th 10am-2pm!

Please click on the link below to hear the interview.

Interview regarding the farm tour concludes at time stamp 21:35 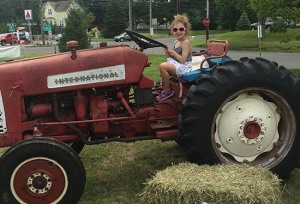 This year’s celebration of Easton’s farms will take place on Saturday, August 10, from 10am to 2pm. The self-guided tour of Easton farms will begin at Samuel Staples Elementary School Pavilion, 515 Morehouse Road, Easton, Connecticut,  to receive a map –  the map serves as your event pass, which lists all participating farms,  and activity locations.

The farm tour is free, but you need the map to obtain entrance to certain events and be eligible to receive free goodies.

At the Pavilion we will have food trucks, a field for games orchestrated by our very own Joel from the ECC, Dunk a Cop, Master Gardeners, Master Composters, a free prize drawing which includes many donations from Easton’s farms and businesses. There will also be representatives from the Pollinator Pathway Project, who will provide informational materials regarding the pathway from the Hudson to the Housatonic and how to have your property become a part of it! 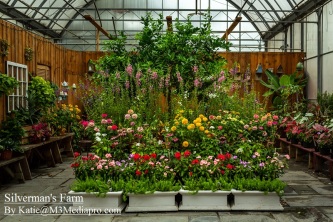 The day will include many family-oriented activities including tastings, Easton Garden Club and Easton Historical Society events, antique farm tool exhibits, and games. Families can visit a petting zoo and tour greenhouses.  Easton Garden Club volunteers will provide lessons and fun for children.  Everyone will be able to sample Easton grown and harvested veggies and fresh fruits and learn about beekeeping, gardening and composting. Throughout the day there will be food and entertainment and old-time fun and games.  Opportunities to learn about “growing your own” and composting will be at the Master Gardener and Master Composter booths.

The Adams Schoolhouse will be open from 10-2 with information on the history of the 1850 schoolhouse and early American schooling in Easton’s farming community.  On display will be a 1963- 35-star flag from the HSE flag collection. The Bradley-Hubbell Barn will also be open from 10-2, with Harry Audley’s farm tool collection; hands on demonstrations of several tools will be available.

“Mabel”, Dick Grieser’s 1953 Allis-Chalmers tractor,  was repainted in 2017 as a HSE project. Mabel sits at the intersection of Center Road and Route 136, a reminder to all of our farming heritage.

Citizens for Easton, is dedicated to the preservation and conservation of Easton’s land, air, water and rural character. For more information check out: www.citizensforeaston.org 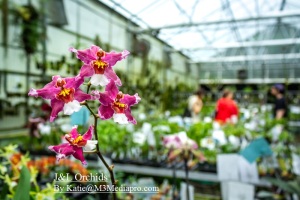 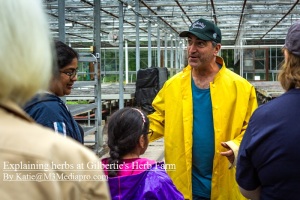 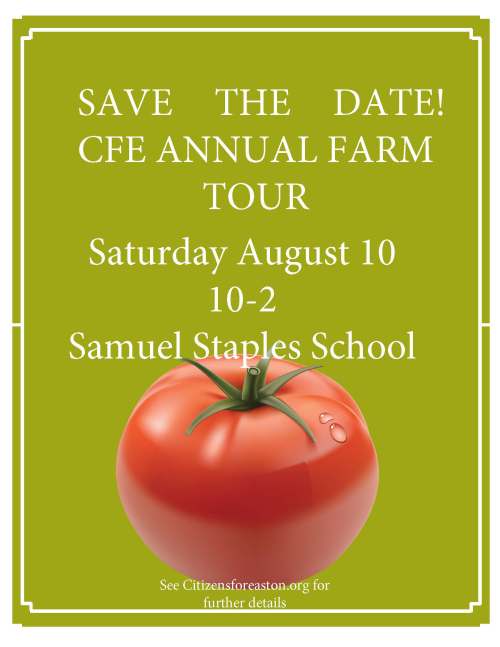 Join Citizens for Easton! Help Us Make A Difference

Posted on January 17, 2019 by Citizens for Easton | Leave a comment

to join via Paypal.

Otherwise, please click the attachment for information on how to donate via check.  MEMBERSHIP/CHECK INFORMATION

Citizens for Easton is a registered 501(c)(3) organization. Your gift is tax deductible to the extent allowed by the law.

2018 Citizens For Easton Farm Tour Was Fun for All

Despite a forecast of heavy rains and flash floods in Fairfield County, many brave souls came out to the 2018 Easton Farm Tour. It was wet, but the rain was mild and the spirits were high!

We are thankful for the farmers who opened their doors (and greenhouses) to embrace the community.

Additionally, we thank the The Easton Garden Club, Historical Society of Easton, CT, the Master Composters, the Falcon Cheerleaders, and everyone who contributed to make this event a success.

Special thanks for the  unique and fun prizes generously donated by: 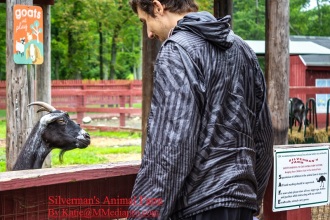 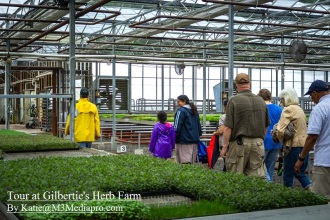 THANKS FOR COMING TO THE FARM TOUR!

It was a successful day despite the weather.

A huge thank you to everyone who participated.

Stay tuned for the wrap up report…

Agricultural endeavors are aiming to put Easton on the map

With 50 mostly small- and family-run farms within its town limits, few Connecticut towns have preserved farmland as assiduously as Easton. And without sacrificing its status as an out-of-the-way oasis amid the sprawl of suburbia, Easton now wants to put itself on the map.

Of note, the town is now actively seeking a designation as Connecticut’s Christmas Tree Capital, with attendant signage on the Merritt Parkway. Recently, Citizens for Easton — a nonprofit group that works to preserve the town’s small town characteristics — invited residents, gardening enthusiasts, budding growers and other interested observers to an event called Meet Easton’s Farmers.

The well-attended meeting provided an overview of agriculture in Easton, the challenges faced by small farmers today and the town’s potential as an agri-tourism hub.

The town’s preservation measures helped retain large tracts of open space and largely rural ambiance. Silverman’s Farm evolved from a cider mill and truck farm founded in the early 1920s into a popular destination for day-trippers from throughout the tri-state region.

“In the 1980s a lot of farms — including us — became pick-your-own places,” said Irv Silverman, the youngest son of founders Ben and Rose Silverman,who now runs the family farm.“Little kids who visit have never seen fruit growing on a tree, so visits to farms like ours are educational for today’s youngsters.”

At the much newer Shaggy Coos Farm nearby, Tim and Bernadette Brady raise beef cattle, pigs, and turkeys, and board horses. Two years ago, the couple purchased two Holstein dairy cows and began producing natural milk.

“Natural milk tastes nothing like what you buy in a supermarket,” Brady noted. To demonstrate, he brought a container to give out samples of the farm’s chocolate milk. The Bradys spent days taste-testing and fine tuning the perfect combination of milk and cocoa.

The biggest hurdle the Bradys face is the lack of a USDA-certified slaughterhouse in Connecticut. This means producers such as the Bradys must bring livestock for slaughter to New York or Massachusetts.

Sal Gilbertie, owner of Gilbertie Herb Garden in Easton, urged those interested in agriculture to choose a product “niche.” His is a third-generation greenhouse that began as a producer of cut flowers, later diversified into potted plants and arrived at its current specialty — herbs — at a time when that market was in its infancy.

“We were the only game in town when it came to herbs,” said Gilbertie. More recently, Gilbertie has diversified yet again. This time, he is specializing in micro- , petite-, and baby-greens, capitalizing on their newfound popularity and reputation for packing a nutritional punch.

“The smaller the green, the more nutritious and flavorful it is,” said Gilbertie.

Howland Blackiston raises a rather unusual crop: bees. He has been a lifelong bee enthusiast but pursued beekeeping only after moving to Easton in the 1970s. He’s the author of both “Beekeeping for Dummies” and “Building Hives for Dummies,” and created a website in 1998 devoted to backyard beekeeping.

Bees play a vital role in the pollination of food crops and have suffered of late from a well-publicized syndrome known as colony collapse disorder (CCD). “We don’t know for sure what causes CCD but some very smart people are working on it,” Blackiston noted.

Possible culprits include viruses, parasites, mites and certain pesticides. “I urge everyone to take a very good look at what you put on your plants,” Blackiston said. In particular, he urged gardeners to eschew a type of widely available pesticide known as neonicotinoids. They are toxic to bees and are banned in some European countries.

The gathering also heard from Lori Cochran-Dougall, a board member of the Fairfield County Farm Bureau. Cochran-Dougall began a program that teaches women in veterans’ rehabilitation how to cook with the assistance of award-winning farm-to-table chefs. She pointed out that cooking skills help people to be both more self-sufficient and to eat healthier diets.

Some practical advice came from Carol Hamilton, a retired teacher who is a state-certified master gardener and member of the Easton Garden Club. In recent months, the club and Hamilton’s fellow master gardeners have fielded plenty of questions about the effects of winter and spring storms on plants and trees.

“Whenever you have a question, talk to a master gardener – it’s a free resource,” Hamilton noted. “Or better yet, take the course.”

Fairfield County UCONN Master Gardeners Carol Hamilton and Jean Stetz-Puchalski are hosting a screening of Hometown Habitat, Stories of Bringing Nature Home at the Easton Public Library Community Room, 691 Morehouse Rd, Easton, CT 06612 on June 7, 2018 at 7pm. FREE and open to the public. Hometown Habitat, Stories of Bringing Nature Home is a 90-minute environmental documentary produced by award-winning filmmaker, Catherine Zimmerman, that focuses on showing how and why native plants are critical to the survival and vitality of local ecosystems. Hometown Habitat uncovers the secret life of local plant and wildlife food webs many do not often get to see. Join us for this screening that inspires and provides the opportunity to learn about how to make a difference in our own landscapes and community gardens.

Hometown Habitat features renowned entomologist Dr. Douglas Tallamy, whose research, books and lectures on the use of non-native plants in landscaping, sound the alarm about habitat and species loss. Tallamy provides the narrative thread that challenges the notion that humans are here and nature is someplace else. “It doesn’t have to and shouldn’t be that way.” Inspiring stories of community commitment to conservation landscaping illustrate Tallamy’s vision by showing how humans and nature can co-exist with mutual benefits. The message? We have the power to support habitat for wildlife and bring natural beauty to our patch of earth.

Citizens For Easton
Blog at WordPress.com.